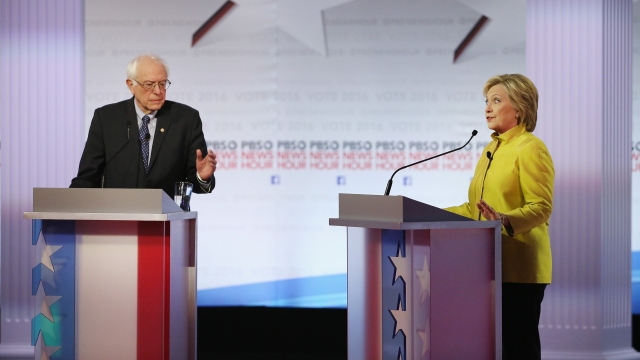 Bernie Sanders secured a win in Kansas on Saturday and just barely beat out Hillary Clinton in Nebraska.

Sanders focused heavily on both states in the run up to the primary, and his campaign held the advantage going into Saturday's voting. But Hillary Clinton snagged a win in Louisiana by a pretty hefty margin.

All told, Saturday offered up 126 delegates and superdelegates for the Democratic candidates. The next Democratic primary takes place in Maine on Sunday.

This video includes images from Getty Images and clips from Bernie 2016 and PBS.