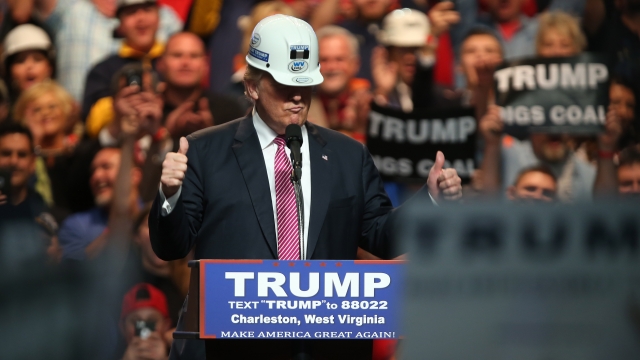 Bernie Sanders made it very clear on "Late Night with Seth Meyers" on Thursday: He doesn't like a lot of things about Donald Trump.

But his main concern? The working class.

"I don't think there's any reason for anyone to believe that Trump is going to stand with working people. He's a billionaire; his proposals call for massive tax breaks for the wealthiest people in this country. This is not a guy who, in my view, is going to represent working people," Sanders said.

Sanders argued, if Trump is elected president, he won't fix the issues facing the average working American — like income inequality, the decline of the middle class and climate change.

But Trump maintains he is, indeed, a rebel against Republican elites and is advocating for the working class.

He's promised to create 25 million new jobs over the next decade with his economic plan.

He wants to make sure immigrants who have entered the country illegally don't take those jobs.

And he has voiced concern about American companies going abroad to manufacture their products.

These are all issues near and dear to the white working class, which is why Trump has garnered so many supporters from that group.

But some argue Trump's status as a working-class hero is all an act.

"Really? This is the guy you want to be championing working people? This guy who spent 70 years on this Earth showing no concern for working people?" Obama asked.

Still, recent polls show Trump has a big lead over Hillary Clinton when it comes to white working-class voters.