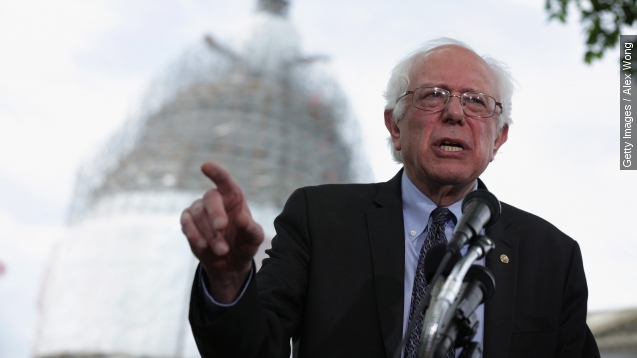 In the end, someone's got to pay the bill.

The Wall Street Journal has estimated the combined cost of Bernie Sanders' plans would be at least $18 trillion over 10 years, with $6.5 trillion gained through tax increases.

Sanders denied The Wall Street Journal's request for an interview, but his policy director said, "If you look at the problems that are out there, it's very reasonable."

Sanders' proposals would increase federal spending over a decade by roughly a third, based on figures from the Obama administration's most recent mid-session budget review.

By comparison, Hillary Clinton's proposals cost an estimated 4 percent of Sanders' over the same time period.

According to RealClearPolitics, Clinton is currently leading in national polls by almost 22 percent. But in Iowa, she and Sanders are tied, and in New Hampshire, he leads by 11 percent.