Bernie Sanders Nearly Lost A Colorado Delegate Due To An 'Error' 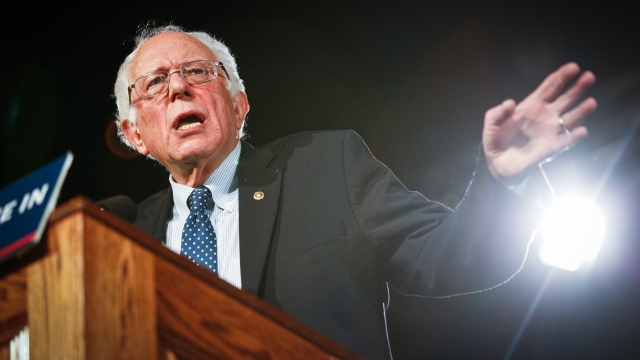 Even though Colorado democrats had their caucuses more than a month ago, Sen. Bernie Sanders just picked up another delegate from the state.

The Denver Post reports the Colorado Democratic Party got their caucus numbers wrong by more than 500 votes, initially costing Sanders a delegate.

The mistake is another black eye for Colorado’s political system this week. Donald Trump lashed out at the state's delegate allocation process after Ted Cruz swept the congressional district assemblies and state convention, winning all 34 delegates.

One delegate is just a drop in the bucket since 2,383 are needed to win the democratic nomination. So mathematically it doesn’t mean much for either candidate, but it could be symbolically important.

First, it means Sanders will at least tie in the state. His lead in pledged delegates rose to 12 over Clinton. Colorado has a dozen super delegates, so even if they all vote for her, Sanders will still draw even.

Second, it could further motivate Sanders supporters who claim the establishment is against him. Not only did he get shorted a delegate, but the state Democratic Party found out a week after the March 1 primary, and only Clinton’s campaign was informed.

Palacio said Sanders’ campaign was left in the dark "because it didn't necessarily affect (them). It was our mistake that ended up affecting the estimation of Hillary's campaign." But with only two candidates, every delegate impacts them equally.

Sanders’ campaign manager Jeff Weaver, who only found out because of the report, told The Denver Post it was "disturbing that the information gets sent to one campaign and not to another."

This video includes clips from The Denver Post, CNN, Donald J. Trump for President, Inc. and Bernie 2016 and images from Getty Images.