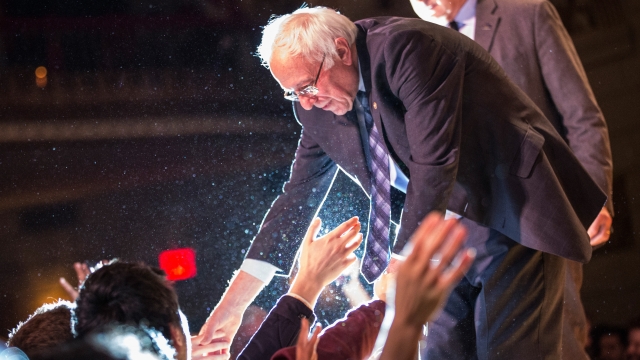 SMS
Bernie Sanders Isn't Actively Involved With Organized Religion
By Kate Grumke
By Kate Grumke
January 27, 2016
This is what really sets him apart from other American politicians.
SHOW TRANSCRIPT

Sanders told The Washington Post he believes in God but that he's "not actively involved with organized religion."

That lines him up with only three people who've held the office he's vying for: Thomas Jefferson, Abraham Lincoln and Andrew Johnson.

Sanders was raised Jewish and went to Hebrew school.

That may set him apart from American politicians, but it doesn't make him very different from other Americans.

According to Pew Research Center, people unaffiliated with a religion are the second largest religious group in the U.S. at 22.8 percent and growing. That's after Christians, who make up 70.6 percent.