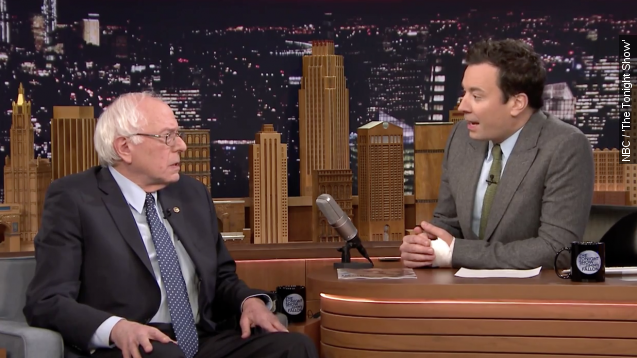 This should come as no surprise, but presidential candidate Bernie Sanders really doesn't like Donald Trump. (Video via Bernie 2016)

"I look forward to beating Donald Trump. I would enjoy that race very, very much," Sanders said on "The Tonight Show."

Although, Sanders pointed out that to beat Trump, he will also have to beat his Democratic rival, Hillary Clinton. (Video via Hillary for America)

And that could be a challenge. Recent polling data shows that Clinton has about a 2-to-1 lead over Sanders.