Bernie Sanders And Republicans Have This In Common 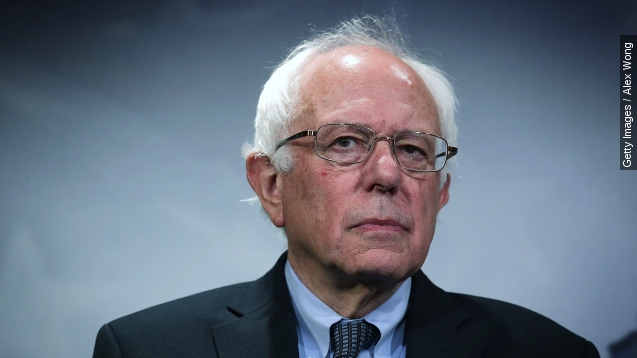 Criticizing the media is becoming a bipartisan pastime. Bernie Sanders said this about political coverage this campaign.

"I think it has to do with the fact that Trump is very smart," Sanders said. "He knows that media is not so interested in the serious issues facing this country. They love bombastic remarks."

Sen. Bernie Sanders cited a report that analyzed every nightly newscast from NBC, ABC and CBS. It found Donald Trump has received 234 minutes of coverage. The next closest candidate was Hillary Clinton with 113 minutes. Sanders didn't even come in second for Democrats; that went to Joe Biden, who's not a candidate, with 56 minutes. Sanders has received 10 minutes. And Ted Cruz, who is currently polling second in the GOP, has received even less time than Sanders.

Imbalances of coverage like that could help explain why trust of mass media is at a historic low.

Only four in 10 Americans say they trust mass media. That number is higher among Democrats than Republicans, but still historically low.

But Sanders' campaign has been relying on nontraditional media to get his message out. His supporters have organized on Reddit and other social media in what's been called his "digital army."

And that digital army is trying to focus on the issues instead of, as Sanders calls it, "political gossip."

That was especially obvious on Reddit in an "Ask Me Anything" Sanders did in May. Backchannel compared the Reddit questions from users to ones asked during a cable interview with the senator and wrote, "A crowd is now better at journalism than CNN."