Bernie Sanders And A Brief History Of The 'S' Word 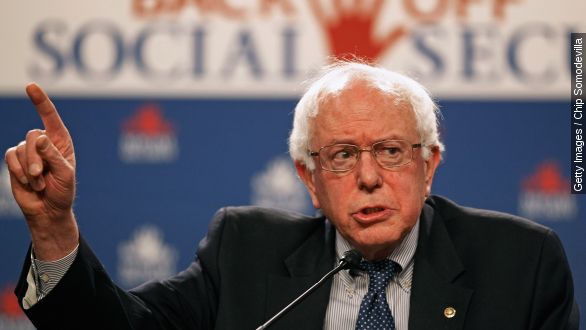 Bernie Sanders launched his 2016 campaign this week, and along with it, the resurgence of a certain word in the political lexicon.

“The admitted socialist from Vermont.” (Video via Fox News)

“An unapologetic socialist.” (Video via MSNBC)

Not since Norman Thomas has such a prominent socialist run for country’s highest office.

"There are certain things that should be publicly owned." (Video via U.S. National Archives)

Socialists — once active in American politics — were pushed to the fringe during Joseph McCarthy's anti-red crusade. (Video via U.S. National Archives)

And ever since, socialism has remained somewhat of a dirty word in American politics.

But there are signs the stigma is wearing thin — among Democrats, anyway.

"Apparently people really want to see a pot-smoking socialist in the White House. … We could get a third Obama term after all,” President Obama said at the The White House Correspondents' Dinner in 2015.

Jokes aside, take the results of this 2014 Reason-Rupe survey. It found 36 percent of the public views socialism favorably — a number that jumped to 50 percent among Democrats and 58 among college-age students.

In practice, that means regularly voting with the Senate’s Democrats, whom he caucuses with. (Video via Office of Sen. Bernie Sanders)

Though he's further left than his colleagues on a number of issues, including health care. He voted for the Affordable Care Act but said it was "only a modest step forward."

"A Medicare-for-all, single-payer-system bill will eventually prevail," Sanders said on the Senate floor.

Still, the avowed socialist isn’t necessarily the most liberal member of the upper chamber. Wisconsin’s Tammy Baldwin holds that distinction, according to Crowdpac, which analyzes voting records. The Vermont senator came in a close second.

This video includes images from Getty Images and Rjensen.