Bernie Or Bust: The Sanders Supporters Who Won't Vote For Clinton 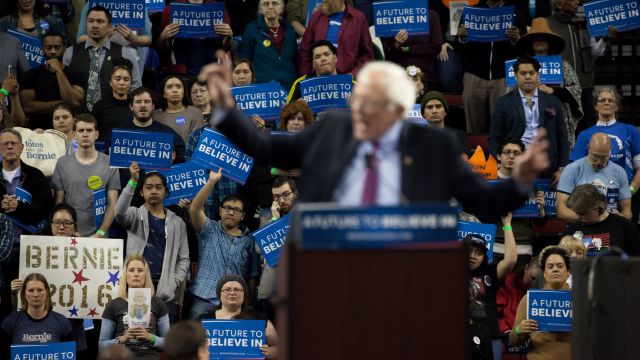 If Bernie Sanders isn't on the ballot come November, can Hillary Clinton convert his supporters?

For some Sanders supporters, not even the prospect of a Republican in the White House would cause them to throw their support behind Clinton.

"While I don't want a Trump or a Kasich or any of those Republican candidates in the White House, the political movement has to go on," one said.

But consider this: If Clinton does emerge as the nominee, she has history on her side.

Eight years ago, after a bitter primary defeat, it was Clinton's supporters insisting they wouldn't vote for her rival, Barack Obama.

Ultimately, he was elected by an overwhelming majority of Democrats. "Now I'm asking you to work as hard for Barack as you worked for me," Clinton said in 2008.

Sanders himself has suggested he'd back Clinton if she turns out to be the nominee.

"Hillary Clinton will be an infinitely better candidate and president than the Republican candidate on his best day," Sanders said on ABC in November.

Whether his supporters will — in an election year that has defied all conventional wisdom — is another question.

This video includes images from Getty Images and clips from Bernie 2016, Hillary for America, ABC and CNN.