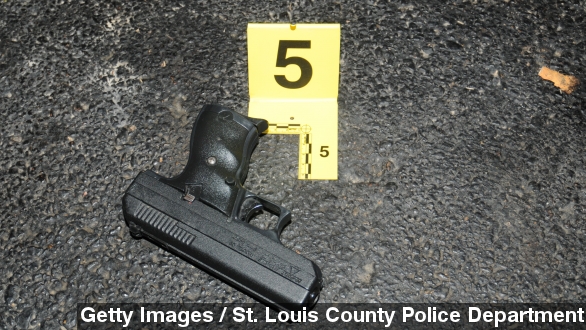 While the two St. Louis suburbs of Berkeley and Ferguson, Missouri sit just miles apart, officials in Berkeley are quick to point out that the two recent, high-profile fatal shootings of black teens by police officers are not the same.

"We're reporting now another shooting of a black man, an 18-year-old, there in Berkeley, near Ferguson," a CNN anchor says.

"People are evidently and obviously upset at what just happened in these last few hours," another CNN anchor reports.

While Wednesday's scene brought back memories of Ferguson — protestors shouting at police, others blocking major roadways — many were quick to point out it's much different.

"You couldn't even compare this with Ferguson or the Garner case in New York."

That's Berkeley Mayor Theodore Hoskins at a news conference Wednesday. Hoskins said he believes the officer acted appropriately in using deadly force since the victim had a gun and pointed it at the officer.

"The aggressor was not the police. It was the victim," Hoskins said.

In the cases of Michael Brown and Eric Garner, the two men did not have guns.

Protests in the area Tuesday and Wednesday night also remained relatively peaceful and didn't result in looting like the kind seen in Ferguson a month earlier.

"Our crew saw, with their own eyes, somebody trying to get into a storefront in the parking lot across from the gas station. Other people, who were part of the protesting group that was being very peaceful across they way, noticed what was happening, did not like what they saw and decided to run after the people," KSDK's Jennifer Meckles reported.

Mayor Hoskins says the city of Berkeley and the St. Louis County Police Department will conduct separate investigations into the shooting.