Bergdahl Appears In Court With Life Sentence On The Line 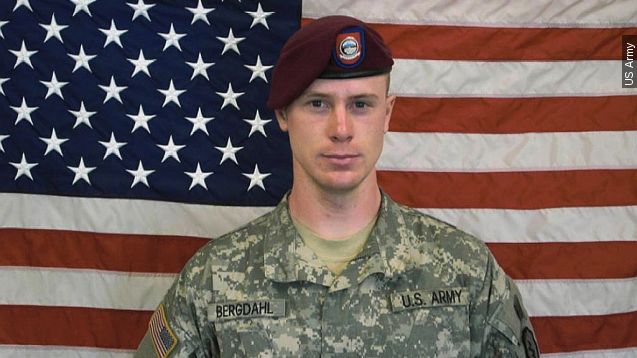 SMS
Bergdahl Appears In Court With Life Sentence On The Line
By Jamal Andress
By Jamal Andress
September 17, 2015
Sgt. Bowe Bergdahl allegedly left his post in Afghanistan in 2009. Now, one of the charges against him carries a sentence of life in prison.
SHOW TRANSCRIPT

Sgt. Bowe Bergdahl, the soldier accused of abandoning his unit in Afghanistan in 2009, is having an Article 32 hearing — that's the military equivalent of a preliminary hearing.

Bergdahl was charged with desertion and misbehavior before the enemy. If convicted of misbehavior, Bergdahl could face life in prison. The desertion charge carries a maximum of five years.

The Taliban captured Bergdahl in Afghanistan in 2009. The U.S. Army claims he abandoned his post; Bergdahl's lawyer says he was trying to locate the nearest general officer so he could report "disturbing circumstances."

"His motives were pure; he was truthful in describing his motives and his conduct," Bergdahl's lawyer Eugene Fidell said.

Either way, Bergdahl was captured and was held in prison for five years before the Obama administration brokered a deal for his release, trading five Taliban leaders for the captured American soldier.

That deal set off a whirlwind of controversy surrounding the release and everything that followed.

Bergdahl's hearing is at Joint Base San Antonio, where he's been stationed since he arrived back in the U.S.