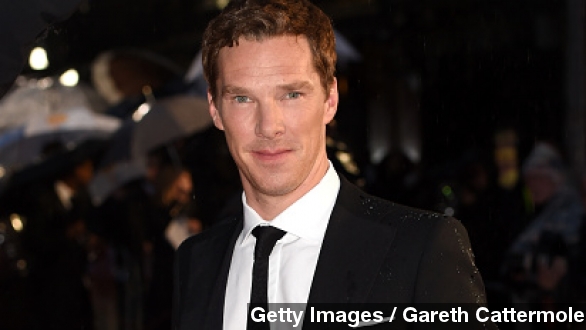 Benedict Cumberbatch is engaged. Cue the heartbreak. Yeah, we feel it too.

So who is the woman who swooped in and stole the heart of the beloved Sherlock Holmes? (Video via BBC / "Sherlock")

It’s a question just about everyone is asking.

Her name is Sophie Hunter and she’s got quite the resumé.

She’s from London, like her husband-to-be, and the future Mrs. Cumberbatch is an actress, singer and award-winning theater and opera director. (Video via Sleeper Sounds LLP / Sophie Hunter)

Back in 2012, Cumberbatch’s sister told The Sun, "You would have to be a pretty smart cookie to keep up with him. I think that is possibly why he has trouble with girlfriends."

It sounds like 36-year-old Hunter, an Oxford graduate, fits the bill of the perfect leading lady for Cumberbatch.

And yes, the two have been in a movie together. They met on the set of Burlesque Fairytales in 2009.

Now we haven’t heard details on how exactly Cumberbatch popped the question but there was an announcement to the public.

And as CNN notes, it “is so straightforward, it would be easy to read past” — the “old-school” method.

On Wednesday morning The Times had this tiny declaration under "forthcoming marriages," announcing the engagement. The 38-year-old actor’s rep has backed the news.

And many of them put their heartbreak all over Twitter for the world to see.

Of the news some have admitted there’s “no point even leaving the house,” as some are “sobbing uncontrollably” or just have out right  “ given up on life.”

Geeze, who’d guess the happy news would be the catalyst of such a sad day for so many around the world.