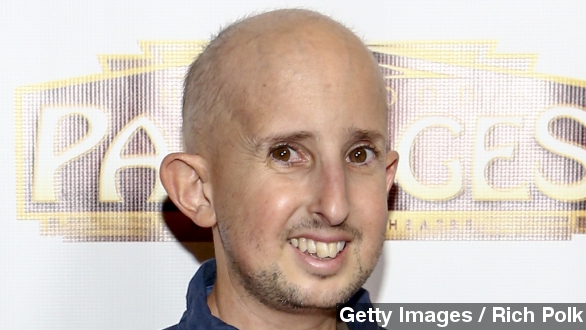 Ben Woolf, the actor who played Meep in "American Horror Story: Freak Show" died Monday from injuries sustained in an automobile accident last week. He was 34.

TMZ first broke the news. The outlet says the 4'4" actor was hit in the head by the rearview mirror of an SUV as he was crossing a street in Hollywood last Thursday.

The actor was then immediately moved to an area hospital in critical condition and had been fighting for his life since. TMZ says he passed away after suffering a stroke.

The driver in the incident was reportedly not charged because Woolf had been jaywalking. (Video via YouTube / HappyCool)

"We're all freaks in our own way. If there were no freaks then everyone would be normal."

Woolf grew in popular as the quirky and lovable character Meep during the fourth season of "American Horror Story."

Fans of the show and others expressed sadness and heartbreak over Twitter upon hearing the sudden news of his passing.

In a statement to People, Woolf's rep said, "Ben was one-of-a-kind, and will never be forgotten. The time we all shared together will be remembered forever."