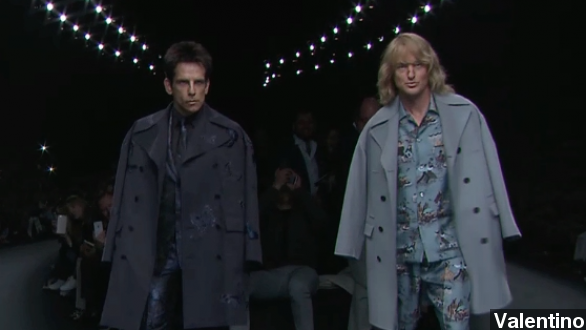 "Zoolander 2" is officially coming to a theater near you. Ben Stiller and Owen Wilson just confirmed it in the best way possible — by coming to the catwalk.

The movie has been buzzed about for a while. In late November, Deadline reported Penelope Cruz had been cast and that Justin Theroux was writing the script.

The effect of the Valentino stunt was clear; even the high-brow Paris Fashion Week crowd was cheering. And Vogue's Anna Wintour posed with the guys.

Which may speak to the possible success of the sequel. In 2001, the original grossed $60 million worldwide on a $28 million budget. And the sequel has been highly anticipated. The only thing these guys have to make sure they do is, well, do it right.

We don't want another "Dumb and Dumber To" on our hands.

This video includes an image from Getty Images and music by Pierlo / CC BY 3.0.