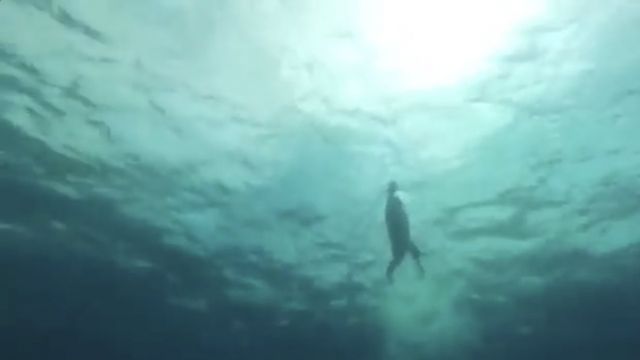 After years of training, the 38-year-old Brit began his swim across the Atlantic Ocean on Sunday.

If he completes his four-month journey from Senegal to Brazil, the Guinness World Record will be his.

"I checked with Guinness World Records and no human has ever swam an ocean in full, every single mile. There's been one or two attempts but more people have landed on the moon than have tried to do this," Hooper said.

And Hooper certainly has his work cut out for him.

"The swells can be 30-40 feet high, which is bordering on impossible to swim in. Obviously there's storms, sharks, jellyfish, cargo containers, garbage — you know, there's so many different things," Hooper said.

Don't forget sheer exhaustion. Hooper's plan is to freestyle as many as 12 hours a day, and he'll have to consume 12,000 calories each day to do it.

Besides swimming for fame, he's hoping to raise about a million dollars for charity.