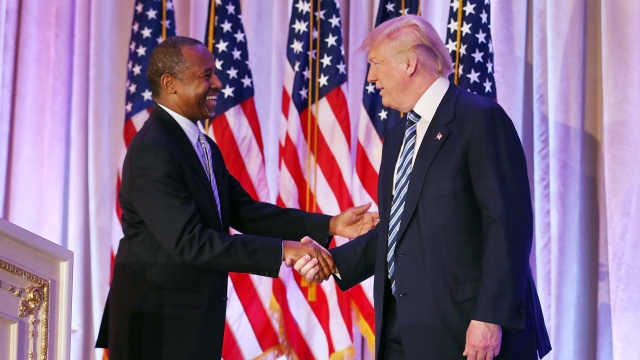 Ben Carson, one of Donald Trump's biggest supporters, has reportedly turned down any role in the Trump administration.

Carson had previously said he was in talks for several positions under Trump. The renowned surgeon was considered a front-runner for surgeon general or secretary of Health and Human Services.

SEE MORE: Trump Could Be Aiming For A Little More Diversity On His Team

A Carson surrogate said he declined a position because "he has no government experience; he's never run a federal agency. The last thing he would want to do was take a position that could cripple the presidency."

But that's an odd explanation because just a few months ago, Carson was running for president.