Ben Carson Stands By Comments On Islam And The Presidency 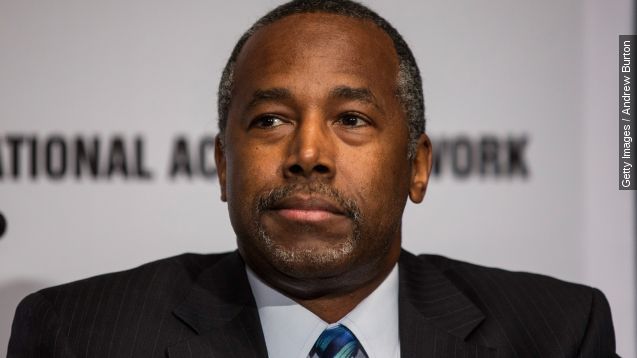 There's a new controversy on the 2016 campaign trail, and for once, it doesn't involve Donald Trump — at least not directly. (Video via Carson America, Inc.)

"I would not advocate that we put a Muslim in charge of this country. I absolutely would not agree with that," Ben Carson said on NBC.

Ben Carson is sticking by his claim that Islam is inconsistent with the U.S. Constitution — a claim that earned him a lot of backlash, even from fellow Republicans. (Video via C-SPAN)

It doesn't look like he will. His spokesperson told NBC that Carson "just doesn't believe the American people are ready" for a Muslim president.

His comments came after Donald Trump failed to correct an audience member at a rally who said President Obama was a Muslim. (Video via CNN)

Rep. Keith Ellison, who in 2006 became the first Muslim elected to Congress, weighed in on both candidates, calling them "out of touch with who we are as a people."