Ben Carson's Popeyes Story Adds To His Narrative On Guns 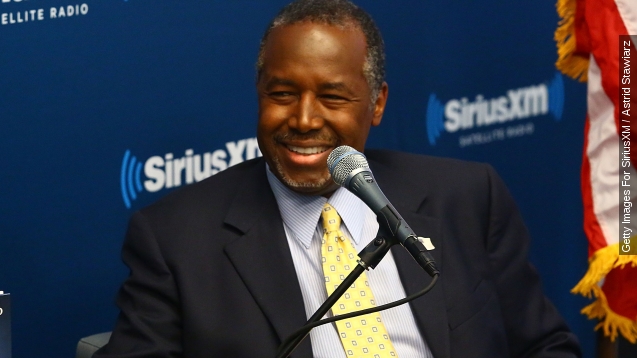 SMS
Ben Carson's Popeyes Story Adds To His Narrative On Guns
By Samantha Crook
By Samantha Crook
October 8, 2015
Ben Carson said he once had a gun held to him at a Popeyes, but the story doesn't appear to be quieting the uproar over his Oregon shooting comments.
SHOW TRANSCRIPT

Ben Carson revealed Wednesday he once had a gun pulled on him at a Popeyes Louisiana Chicken restaurant in Baltimore, and it's adding to some of the criticism he's received about his comments on gun control.

During a Sirius XM Radio interview, Carson said he told the gunman, "I believe that you want the guy behind the counter."

That encounter is seemingly at odds with his controversial statements about the recent mass shooting in Oregon, comments some criticized as judgmental of the people who lost their lives.

"I would not just stand there and let them shoot me. I would say, 'Hey guys, everybody attack him.' He may shoot me, but he can't get all of us," Carson told Fox News.

Carson also elaborated on his gun views in a Q-and-A on Facebook earlier this week.

Carson was asked if the Oregon shooting had changed his position on the Second Amendment. He responded by sharing his personal experience with gun violence growing up in the "slums of Detroit," as well as his experience as a doctor seeing victims of gun violence. (Video via C-SPAN)

He said in the post, "I never saw a body with bullet holes that was more devastating than taking the right to arm ourselves away."

Carson went on to criticize the Left for using mass shootings to advance a political agenda.