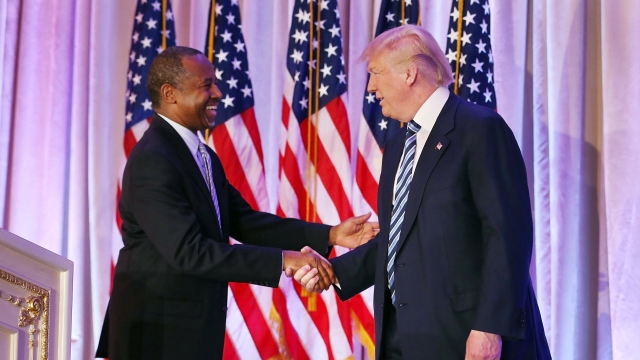 Donald Trump has another endorsement from a former GOP presidential hopeful, this time from previous rival Ben Carson.

Carson said on Friday: "There are two different Donald Trumps. There's the one you see on the stage, and there's the one who's very cerebral."

This comes after plenty of speculation over Trump possibly picking Carson as his running mate. And both have said they would consider being on the same ticket.

It was only about a week ago that Carson pulled out of the presidential race, but with some pivotal primaries coming up in Ohio and Florida, there's not much time left for Trump to gain the needed delegates.

This video includes clips from ABC, CBS and Fox News and images from Getty Images.