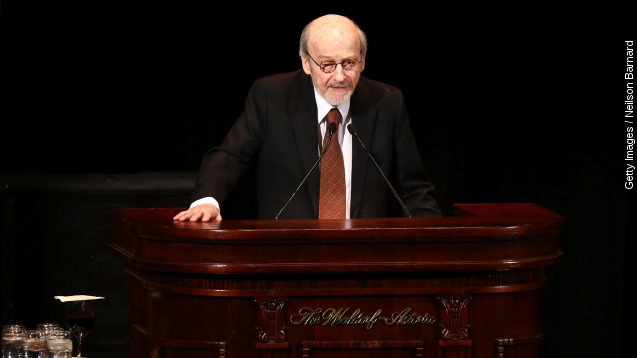 American author E.L. Doctorow died Tuesday in his Manhattan home. He was 84.

His son, Richard, told The New York Times the cause of death was “complications from lung cancer.”

Edgar Lawrence Doctorow was named after his father's favorite author, Edgar Allen Poe. So it’s no surprise that he became a writer.

He asked his mother before she died, “Do you and dad realize you named me after a drug addicted, alcoholic, delusional, paranoid, with strong necrophiliac tendencies? and she said ‘Edgar thats not funny.’”

Doctorow was known for his historical fiction books like “The Book of Daniel” and “Ragtime.” The latter was later adapted into a Broadway musical and film. (Video via Paramount Pictures / "Ragtime")

“Any book is a kind of creative accident that happens to thrust itself into my mind … fiction is a very mysterious thing.” (Video via The New York Times)

His slew of awards include the 2013 Gold Medal for Fiction from the American Academy of Arts, three National Book Critic Circle Awards and the 1998 National Humanities Medal. (Video via National Book Foundation)