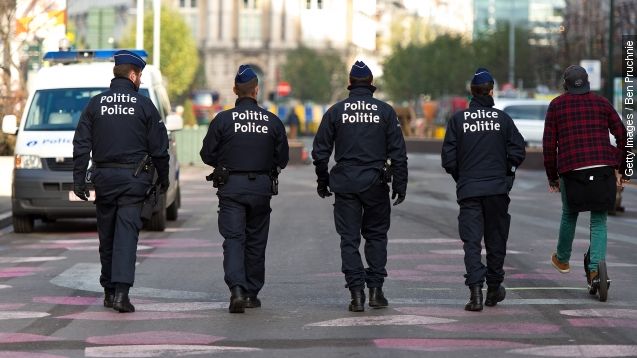 Belgian authorities have arrested two people they believe were planning a terrorist attack around New Year's in Brussels.

The federal prosecutor's office said six people in total were brought in for questioning. Four were released while two remained in custody as of Tuesday.

Authorities reportedly found military-style clothing, ISIS propaganda and computer equipment, but did not find any weapons or explosives. (Video via ISIS)

Belgium has been on high alert since the Nov. 13 terrorist attacks in Paris that left 130 people dead. Many of the terrorists in that attack are believed to have links to Belgium.

Last week, a Belgian man became the ninth suspect arrested in connection to the Paris attacks.

Authorities say this latest alleged plot was not connected to the one in Paris.