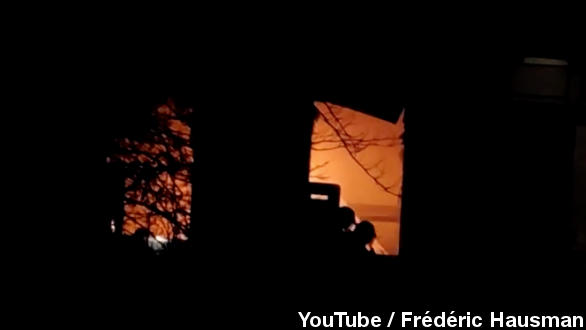 SMS
Belgian Anti-Terror Raid Kills 2
By Madison Burke
By Madison Burke
January 15, 2015
Two were killed and one was wounded during an anti-terror raid in the Belgian town of Verviers.
SHOW TRANSCRIPT

Belgian authorities have confirmed two people were killed and another wounded in an anti-terror raid in the town of Verviers.

At a news conference, a magistrate said the suspects were planning a "major, imminent attack."

Belgian officials said they had been watching the suspects since they returned to Belgium from Syria. Authorities do not believe the suspects had any links to the recent attacks in Paris.

The suspects were reportedly shot after they first opened fire on authorities near a train station. No casualties among law enforcement have been reported.

Witnesses say they heard heavy gunfire that lasted several minutes. A CNN terrorism analyst reports the targets of the raid might have links to ISIS.

Belgium's terror alert has now been raised to its second-highest level, and officials say anti-terrorism campaigns are being carried out in other parts of the country.