Being Pro-Cruz And Being #NeverTrump Aren't Mutually Exclusive 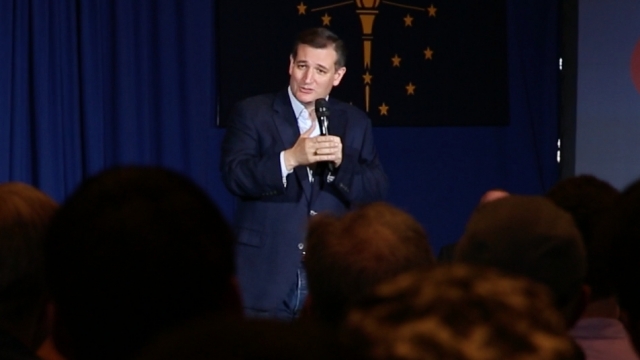 There's been a lot of talk of the #NeverTrump movement coalescing around Ted Cruz. So we hit up a rally in Indiana to see if folks were voting for Cruz or just voting to stop "The Donald."

"I wasn't a Cruz fan to start with. I leaned more toward him as the options have narrowed down," said a rally attendee.

Another rally attendee said: "I've been a Cruz supporter for the past two years. Cruz all the way from the beginning."

"I would say Donald Trump initially brought me over to the Cruz camp," one supporter said.

A recent poll found 36 percent of GOP voters are on team #NeverTrump, with another 28 percent saying they still haven't decided.

"Until tonight, I was pretty much a Trump follower," a supporter said. "And I haven't ruled him out, but everything Ted says hits to the heart of America."

Another told us, "I'm here because Ted Cruz is the last constitutional conservative in this race."

"There's a lot to that #NeverTrump movement or Not Trump, but we particularly like what Cruz has to say about empowering the military," one said.

"I'm scared of him [Trump], but Ted Cruz is the right direction I believe our nation needs to go," a supporter said.

The gist? Maybe being #NeverTrump and being Pro-Cruz aren't mutually exclusive.