Being Bilingual May Be The Secret To Delaying Brain Aging 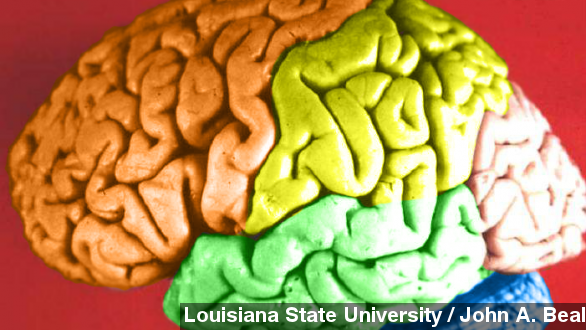 SMS
Being Bilingual May Be The Secret To Delaying Brain Aging

In case you needed another reason to finally buckle down and learn a new language, new research suggests bilingual brains actually age slower.

Researchers at the University of Edinburgh studied the brains of 835 native English speakers who were given intelligence tests in 1947 at age 11 and again when they were in their 70s between 2008 and 2010. (Via History Channel)

The study helps answer the question of whether learning a new language improves your thinking skills or whether individuals with better thinking skills are just more likely to become bilingual. The researchers say their findings prove the former. (Via YouTube / Edutopia)

As it turns out, the participants who knew two or more languages tested better than their peers in reading, verbal fluency and general intelligence. No negative effects were observed in either group. (Via Flickr / Shan Ran)

You’ve heard before that it’s easiest to pick up a new language during childhood. And while that may be true, these researchers say learning a language is good for the brain no matter when you start.

DR. THOMAS H. BAK: “In order to have the beneficial effect of bilingualism you do not have to be a born bilingual. Learning it later in life can also confer similar benefits.” (Via YouTube / ccacevideo)

The BBC quotes a professor of medicine at Harvard Medical School who called the study an important first step. "This research paves the way for future causal studies of bilingualism and cognitive decline prevention."

And another study said bilingual seniors have sharper brains and work more efficiently. (Via The Huffington Post)

As for this latest study, the researchers say the strongest positive effects of bilingualism were found in reading and general intelligence. Annals of Neurology published the findings.