Beijing's Consuming So Much Water The City's Sinking 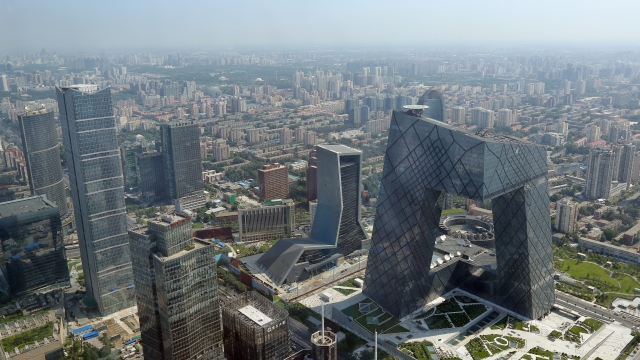 SMS
Beijing's Consuming So Much Water The City's Sinking
By Ryan Biek
By Ryan Biek
June 26, 2016
The ground level is dropping at an alarming rate of 4 inches per year.
SHOW TRANSCRIPT

Beijing is consuming so much water it's causing the city to sink at an extreme rate.

A new study using satellite imagery and radar technology confirmed the ground level is sinking each year by roughly 4 inches.

Beijing doesn't have enough water to begin with. It's the fifth-most water stressed city in the world. Meanwhile, two-thirds of the water the city uses comes from the ground.

According to The Guardian, more than 10,000 wells have been drilled in the Beijing area, and when water is used from them, the nearby soil condenses and hardens.

The study's authors warned if ground water continues to be pumped at excessive rates, the city's 20 million citizens could be in danger. The central business district is sinking particularly fast, and the researchers predict trains could be affected.

More than 40 other Chinese cities have been found to be sinking as well. Shanghai, China's most populated city, has dropped more than 6 feet since 1921.

The huge expansion of skyscrapers and other heavy buildings in China has made the sinking worse.

Beyond China, Mexico City has sunk 32 feet in the last 60 years because of similar water consumption.

Both Mexico City and Jakarta, Indonesia, are sinking at a rate of roughly 11 inches per year.