Behati Prinsloo And Adam Levine's First Baby Is On The Way 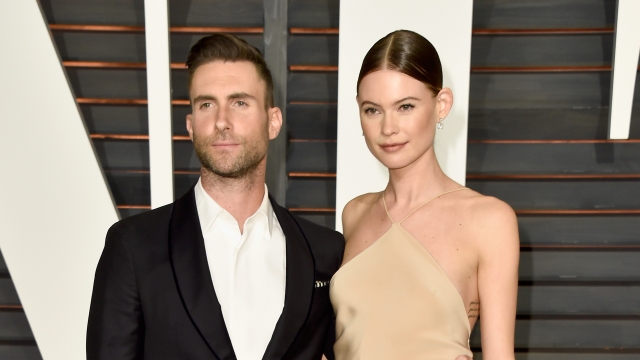 Adam Levine and Behati Prinsloo are expecting their first child.

The Victoria's Secret model is reportedly three to four months into her pregnancy and already knows the gender.

It's the first little one for the Maroon 5 singer and his wife, who tied the knot in 2014.

Levine has said in the past he wants a lot of kids.

"How many do you want? One? Two?" E! News co-host Catt Sadler asked.

We're pretty sure the "sexiest man alive" will make a great dad.