Bees Love Caffeine, Maybe A Little Too Much 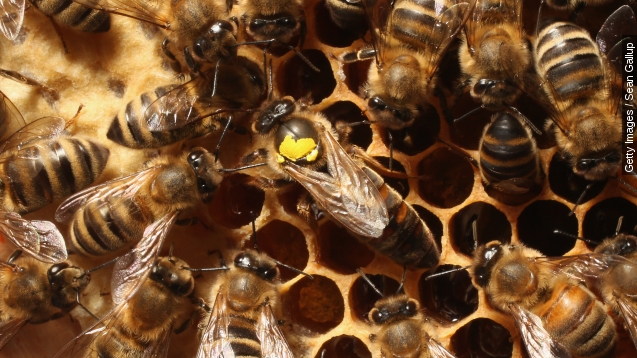 SMS
Bees Love Caffeine, Maybe A Little Too Much
By Ben Lawson
By Ben Lawson
October 16, 2015
Researchers found that bees will ignore pretty much everything for some caffeine-filled nectar.
SHOW TRANSCRIPT

Turns out humans aren't the only ones susceptible to a caffeine addiction. Apparently, bees like a jolt to start their day off as well.

Researchers from the University of Sussex found that bees prefer nectar that contains caffeine, and when they have a caffeine high going, they work harder. (Video via Current Biology)

One of the researchers explained, "The effect of caffeine is akin to drugging, where the honey bees are tricked into valuing the forage as a higher quality than it really is."

Getting your customers addicted to your product sounds like some sketchy marketing to us, especially considering that nectar containing caffeine has a lower sugar concentration, which slows down honey production. It also can make the bees lose weight.

But caffeine is a win-win for the plants. The increased bee traffic increases pollination, and the caffeine gives it a bitter taste, which keeps away herbivores.