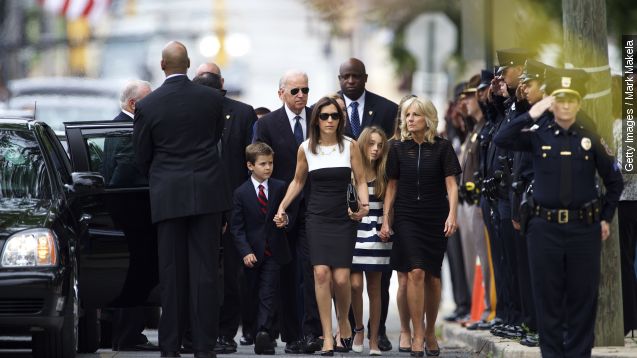 “He was not above dancing in a sombrero and shorts at Thanksgiving dinner that would shake loose a laugh from the people he loved. And through it all, he was the consummate public servant. A notebook in his back pocket at all times so he could write down the problems of everyone he met and go back to the office to get them fixed,” President Obama said.

“He never judged. He just listened, and offered his hand, his shoulder, his wise advice and his love,” Ashley Biden said.

As did General Ray Odierno, the former top US commander in Iraq.

In Dover Thursday, hundreds gathered to pay their respects as Biden’s flag-draped casket lay in the state capitol. A separate public viewing was held Friday in Wilmington.

This video includes an image from Getty Images and video from the White House and CBS.