Bear Climbs Into Truck Like A Boss And Drinks Grape Soda 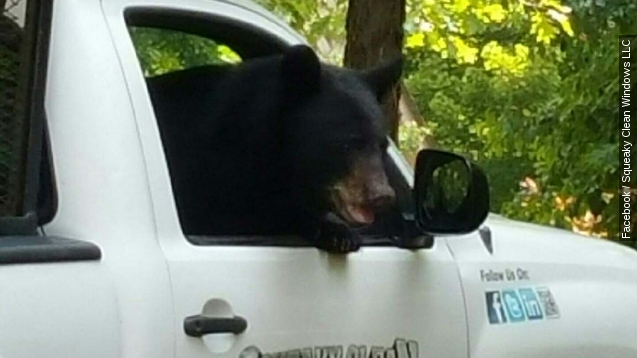 SMS
Bear Climbs Into Truck Like A Boss And Drinks Grape Soda
By Christine Slusser
By Christine Slusser
August 10, 2015
Window cleaners in Georgia were left without lunch after a mama bear with a sweet tooth climbed through an open window of a truck and helped herself.
SHOW TRANSCRIPT

We found a great new ad for a soda company:

A soda so good, even a bear would break into a truck to get it.

Gilbert Simpson of Squeaky Clean Windows in Georgia told Newsy he had some guys out making windows, well, squeaky clean, when they saw a mama bear had crawled into their truck through an open window and was grabbing lunch for her cubs.

After making sure her cubs were full, she decided to get something herself and shotgunned three grape sodas.

Mama bear didn't do any damage and was never a threat. She was just hungry ... and thirsty for some grape soda, apparently.