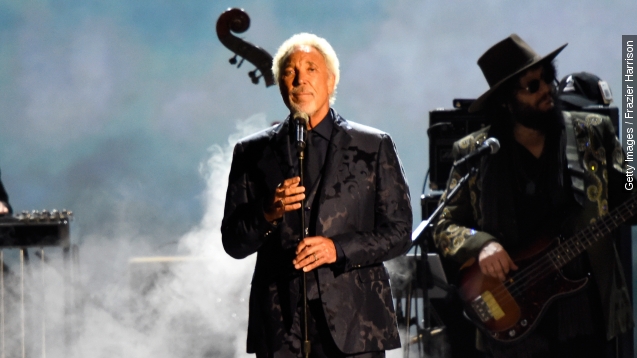 By Katherine Biek
August 26, 2015
The BBC's director of television apologized to Tom Jones after the star was unhappy about the way he was let go from "The Voice UK."
SHOW TRANSCRIPT

Earlier this month, "The Voice UK" announced it was adding Boy George as a new coach for its upcoming fifth season.

He is replacing Tom Jones, who had been a coach since season one. (Video via BBC / 'The Voice UK')

On the U.S. version of the reality singing competition, celebrity coaches are constantly rotating in and out, giving a different vibe to the show each season.

But Jones isn't just taking a season off.

The BBC chose to hire Boy George as a replacement, and Jones says he wasn't told of that decision until 24 hours before the official judge lineup for season five was announced. (Video via Island Records / Tom Jones)

Jones wrote on his Facebook page, "This sub-standard behaviour from the executives is very disappointing."

The BBC immediately released a statement saying Jones had never been guaranteed his role as a judge, since his contract only went through season four.

But now, more than 10 days later, it seems the network is changing its original stance — even going so far as to apologize to Jones.

Danny Cohen, the BBC's director of television, said in a statement, "I've got huge respect for Tom and I'm truly sorry he's upset, because I'm a big fan of his." (Video via BBC)

He also said he wants to get Jones back on the BBC in some capacity. It'll happen soon, because Jones is already scheduled to perform at the Children in Need concert, which airs on the network in October.

This video includes images from Getty Images and music by Kevin Macleod / CC BY 3.0.