A Florida Official Wants To Deploy Bats To Fight Zika 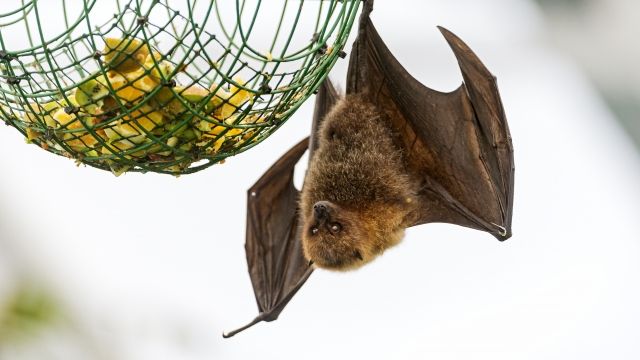 Bats might be the newest way to combat Zika-infected mosquitoes in Miami.

At least, one city official would like them to be.

Because bats eat mosquitoes, the Miami Beach commissioner wants the city to build bat houses to attract the mammals to the area.

SEE MORE: Bats Can Learn To Put Up With Us Noisy Humans

Back in July, health officials confirmed mosquitoes in Florida were carrying the Zika virus.

Soon after, the CDC issued travel advisories, and Miami officials sprayed insecticide in an attempt to kill the Zika-carrying mosquitoes. But it didn't work so well in part of Miami Beach.

There are some hitches to the bat proposal, though.

The American Mosquito Control Association says on its website that bats are "opportunistic feeders," meaning they'll eat whatever they come across first — not just mosquitoes.

A town in New York has used bats to combat mosquitoes since 2007.

A city commission passed the proposal on to Miami-Dade County, whose officials will decide if it gets implemented. As of Oct. 19, all of the U.S.' 128 locally acquired cases of Zika are in Florida.