Batmobile Creator's Funeral And Casket Fit For A Car King 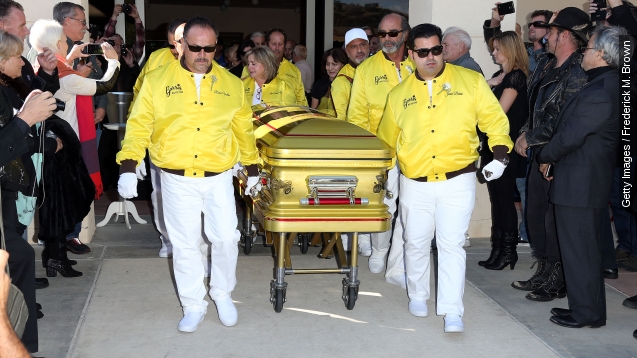 The man who created the original 1966 Batmobile for TV had a funeral procession fit for a car king.

George Barris' casket was decked out, and it was very Batmobile-esque.

Many classic cars followed the funeral procession on the way to Barris' Celebration of Life service held Saturday in Glendale, California.

Other famous TV vehicles included the truck from "Beverly Hillbillies" and KITT from "Knight Rider."

That's quite the list of famous clientele. Barris died at home Nov. 5. He was 89.