'Batman v Superman' Needs $800M To Break Even, But Reviews Are Rotten 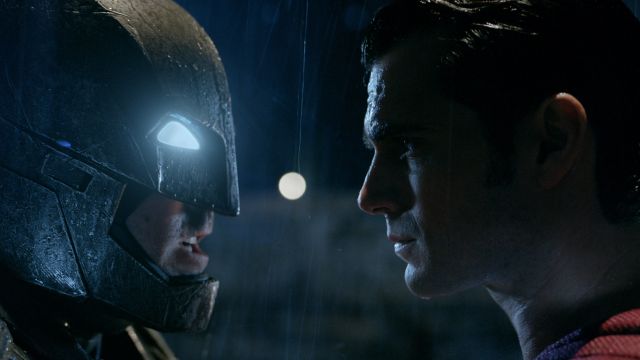 SMS
'Batman v Superman' Needs $800M To Break Even, But Reviews Are Rotten
By Jamal Andress
By Jamal Andress
March 23, 2016
Studios bet big on blockbusters, but unlike "Star Wars: The Force Awakens," "Dawn of Justice" might have a big problem: Early reviews aren't great.
SHOW TRANSCRIPT

It's one of the most anticipated films of 2016, and so far, it's also the most expensive.

The studio hasn't officially released the budget for "Batman v Superman: Dawn of Justice," but early estimates say the studio spent $250 million to produce the film and more than $150 million on marketing.

To really make this whole multimillion-dollar venture worth it, Variety reports the caped crusaders needs to bring in at least $800 million. In fact, the outlet quotes a media analyst who says "anything under $1 billion in worldwide box office will be a disappointment."

To add insult to expensive injury, 2015 gave Warner Bros. arguably the two biggest flops of the year. "Jupiter Ascending" and "Pan" each cost more $150 million to produce, and neither cracked the $50 million mark at the box office.

Now to be fair, movie studios bet big on blockbusters all the time. "Star Wars: The Force Awakens" cost roughly $200 million to produce and broke seemingly every box office record that stood in its way.

"Dawn of Justice" has at least one big problem, though: It may not be that good.

"While 'Batman v Superman' has a lot of good things going for it, its shortcomings are undeniable," IGN's Daemon Hatfield said.

With nearly 80 reviews on Rotten Tomatoes, the film sits at about a 40 percent approval rating, and Twitter is having its own fun with the early rumors that the flick could be a dud.

The quality of this film is also important because it introduces the whole Justice League cinematic universe, which includes Aquaman, Wonder Woman, The Flash and others.

All that said, the superhero grudge-match has sold more pre-sale tickets than any superhero film ever, and some analysts are predicting a $150 million opening weekend. So at the very least, everyone is expecting a huge debut.