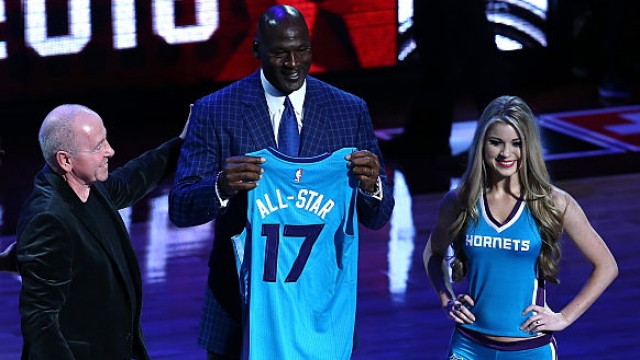 The NBA is taking a stand against discrimination by moving its 2017 All-Star game out of Charlotte, North Carolina.

The league is pulling out of the Hornets hometown in response to North Carolina’s House Bill 2, a law which forces transgender people to use the bathroom that matches the gender on their birth certificate.

An NBA statement read in part, "While we recognize that the NBA cannot choose the law in every city, state, and country in which we do business, we do not believe we can successfully host our All-Star festivities in Charlotte in the climate created by HB2."

State Sen. Jeff Jackson said he is frustrated that politics cost Charlotte an event that could've pulled in around $100 million.

He said: "A lot of that money would go to schools, health care and roads. We've sacrificed all of that for Gov. [Pat] McCrory's social agenda. He would rather pander to his base than fix an obvious mistake that has major consequences."

Basketball might be the best way to make your point in the hoops-loving Tar Heel State. Duke basketball coach Mike Krzyzewski said HB2 is "embarrassing" after Albany backed out of traveling to North Carolina to play the Blue Devils.

ESPN reported New Orleans is the front-runner to host the game. The NBA said it would be open to letting Charlotte host the 2019 All-Star game if HB2 is off the books, which seems like a good possibility.

North Carolina and the U.S. Justice Department filed lawsuits against each other after Attorney General Loretta Lynch threatened to cut school funding over the bill. That likely sets the stage for a Supreme Court showdown about whether the law is constitutional.

This video includes clips from CNN and UNC-TV and images from Getty Images. Music provided courtesy of APM Music.