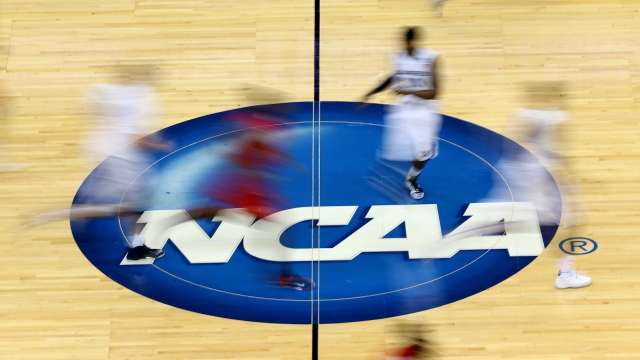 SMS
Bathroom Bill Backlash: NCAA To Host Events In 'Inclusive' States Only
By Grant Suneson
By Grant Suneson
April 28, 2016
The NCAA announced it won't host events in places it deems have discriminatory laws. That could mean no more NCAA tournament games in North Carolina.
SHOW TRANSCRIPT

The NCAA is taking a stand against so-called "bathroom bills." And if you're not going to play by its rules, it's willing to take its ball and go home.

The NCAA board of governors announced Wednesday that any venue wanting to host a college sporting event needs to ensure that it can provide a discrimination-free environment.

That could be a huge blow to North Carolina. The basketball-loving state recently passed the controversial House Bill 2, which prevents transgender people from using the restroom that matches their gender identity.

North Carolina also happens to have two perennial basketball powerhouses in Duke and the University of North Carolina. They usually don't have to travel too far for postseason games.

The state often hosts the NCAA men's basketball tournament, and it's scheduled to host first- and second-round matchups in 2017 and 2018. But now that may not happen.

The NCAA said that "while proponents of the laws focus on how they protect religious beliefs, critics have voiced concerns that they create an environment of sanctioned discrimination."

Critics, as well as businesses, have voiced similar concerns in other states. Georgia's governor vetoed a similar bill after Disney threatened to take its business elsewhere if it passed.

This video includes clips from NCAA and PBS NewsHour and images from Getty Images.