Bartender Who Served John Boehner Threatened To Poison Him 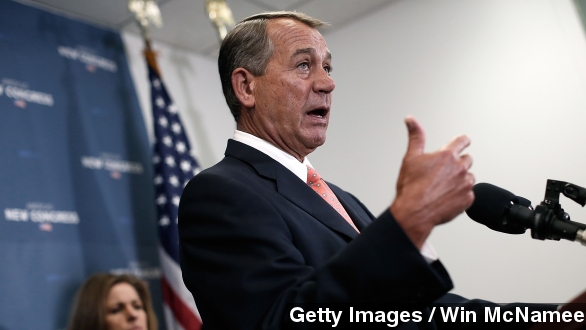 An Ohio man has been indicted with threatening to kill Speaker of the House John Boehner, and while public officials often get death threats, this one was actually close enough to Boehner to go through with it.

The warrant claims that, back in October, Hoyt contacted police and told them he wanted to either shoot or poison Boehner, and that he blamed Boehner for getting him fired. Hoyt has been held for psychiatric evaluation ever since.

WCPO's Jason Law reports, "According to the criminal complaint, Hoyt blamed the speaker for the Ebola virus. He fantasized about confronting Boehner in the middle of a packed Paul Brown Stadium. ... He began hearing the devil's voice from the speakers of his car radio. The voices were telling him that John Boehner is evil."

There are many disturbing details in the case, like the claim that Hoyt told investigators he was Jesus Christ or that he had a gun, ammunition and a list of the names of country club members. He even directly emailed Boehner's wife Debbie.

Boehner didn't address the case Tuesday, but a spokesperson said the speaker was aware of the case and thanked law enforcement for their efforts. Sadly, Boehner has some experience with this sort of thing.

An Indiana man was arrested in May after he made threatening phone calls and emails to the speaker. He was reportedly upset that the House hadn't voted to extend unemployment benefits.

And less than a week later, an Arizona man was arrested for threatening Boehner over Twitter.