Barry Bonds Admits It's His Fault You Hate Him 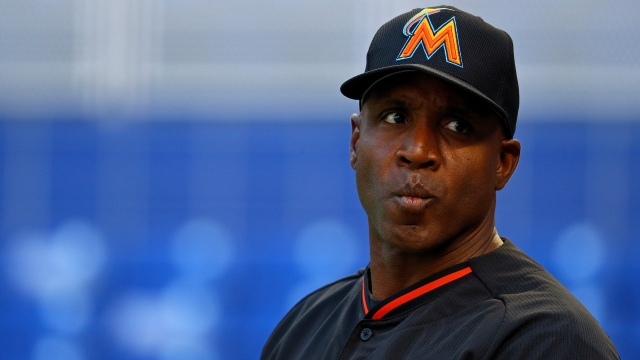 The much-disputed home run king of baseball has some harsh words — for himself.

In an interview with Sports on Earth, now-Florida Marlins hitting coach Barry Bonds says he's to blame for the poor public image he's carried with him throughout the years.

"I'm to blame for the way I was [portrayed], because I was a dumbass. I was straight stupid, and I'll be the first to admit it," Bonds said.

Bonds has long had a reputation of being a bit surely with the media.

So much so that there's a book about the former slugger called "Love Me, Hate Me: Barry Bonds and the Making of an Antihero."

And from his BALCO scandal and trial to his high profile personal relationship problems with wives and girlfriends, he's given the media and the general public plenty of material.

Now that he's retired from playing and is employed as the Marlins hitting coach, he's appeared to make some effort to right that ship.

But will it be enough to get him into the Hall of Fame? The man with 762 career home runs still has a long way to go in voters' minds.

He received just 44.3 percent of Hall of Fame votes this year — his fourth year on the ballot.

Players must receive 75 percent of the vote to make it into the Hall and can only stay on the ballot for up to 10 years.

This video includes a clip from KTVU and images from Getty Images.