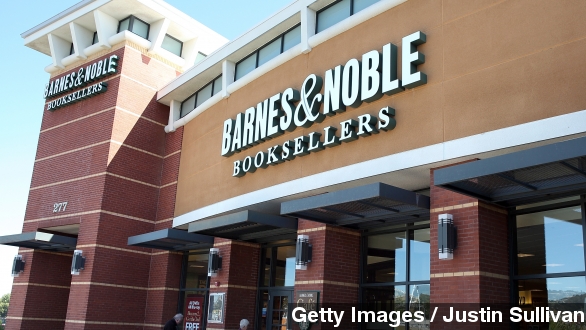 People may be reading less books these day, but Barnes & Noble is still determined to hang on and adapt as needed.

With brick-and-mortar store sales less than ideal and the Nook not exactly catching on the way the company had hoped, Barnes & Noble is spinning off its successful college division as its own entity.

Barnes & Noble has just over 700 stores on college campuses and plans to increase that number to 1,000 over the next few years. Last quarter, revenue in those locations increased 1.9 percent to $751 million.

That doesn't sound like much, but with revenue declining in the Nook and traditional retail areas, it's the one thing the company has to be optimistic about.

The company says the spin-off is so each division can focus on what it does best. But it does look like Barnes & Noble is trying to ensure that the successful branch of the business isn't dragged down by the ailing branches.

Barnes & Noble had similarly planned to spin off Nook into its own entity, but seeing revenue from the product decline by 55 percent over the holidays, they wisely decided to nix those plans.

E-readers as a whole haven't done too well lately thanks to tablets and larger-sized phones growing in popularity. (Video via Apple)

The split does leave the traditional retail business in a weird place, since the college division accounts for about 45 percent of the company's revenue.

And investors seem to like the move. The company's stock rose nearly 7 percent following the news.