Barbra Streisand Had Beef With Siri, So She Went Straight To Tim Cook 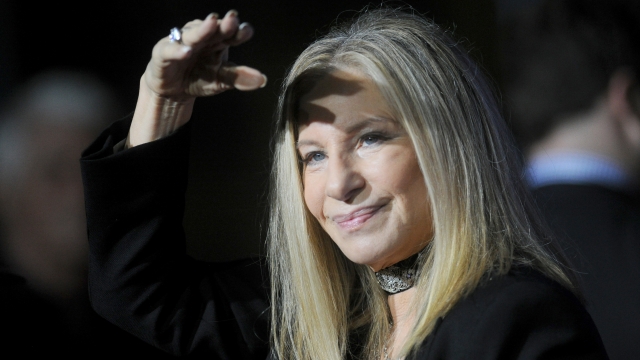 SMS
Barbra Streisand Had Beef With Siri, So She Went Straight To Tim Cook
By Lindsey Pulse
By Lindsey Pulse
August 22, 2016
Siri, Apple's digital assistant, pronounces her name with a "z" sound rather than an "s."
SHOW TRANSCRIPT

Once again, Barbra Streisand proves she's the rightful queen of this world.

In an interview with NPR on Saturday, the world-renowned vocalist and performer said Siri, the iPhone's digital assistant, doesn't pronounce her name correctly.

So what did Babs do? She called Apple CEO Tim Cook. Yes, you heard that correctly. Barbra Streisand has his phone number.

Apparently some people pronounce Streisand with a "z" sound on the second "s." Which is ludicrous, because Barbra has pronounced it with an "s" for her "whole career."

Her request to change Siri's pronunciation of her last name was apparently met with delight.

Cook reportedly agreed to fix the pronunciation in time for the next iOS update, which Streisand said is set to be released "on Sept. 30."

That detail is another important point from the interview. Streisand may have leaked the release date for the next iOS update, which, if true, will come about two weeks after the expected release of the iPhone 7.

So, the takeaway here is: It pays to be a celebrity sometimes.