Barbie Tries To Rebrand Itself With 'Fierce' Moschino Boy 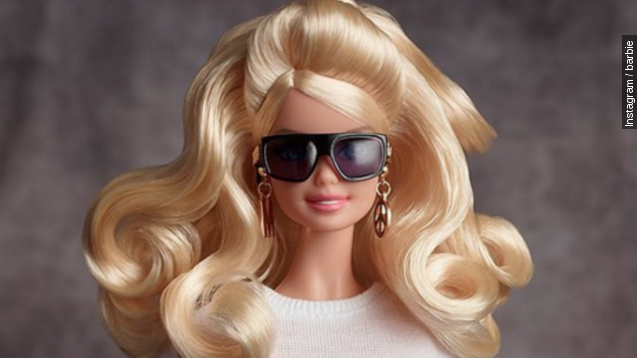 SMS
Barbie Tries To Rebrand Itself With 'Fierce' Moschino Boy
By Kaileen Gaul
By Kaileen Gaul
November 17, 2015
Barbie's sales are down, but they might have just appealed to a whole new demographic with their historic new ad.
SHOW TRANSCRIPT

In another move by Mattel to fight stereotypes, Barbie's Moschino ad featured a boy playing with the iconic doll for the first time in the brand's history. It really is "so fierce."

"So fierce," a boy in the Moschino Barbie commerical said.

The Internet is loving the adorable boy and praising Mattel for taking a stand against gender norms. This ad could benefit the brand by opening them up to a whole new demographic of customers.

And Mattel could use the boost. The brand has been on the decline for the past four years. It's received criticism in the past for perpetuating stereotypes but it looks like it is trying to reinvent itself.

Just a few years ago Mattel tried to break stereotypes and failed.

The 2010 book "Barbie: I Can Be A Computer Engineer" sounds like it's correcting gender stereotypes within the STEM field, but was criticized because the book showed Barbie needed male engineers to help her.

But as we mentioned, the brand may be on the road to redemption. (Video via Barbie)

For example, remember when Giuliana Rancic made a controversial comment about Zendaya's dreadlocks smelling like marijuana earlier this year?

Some, including Zendaya, saw this comment as an offensive and harmful stereotype toward people with the hairstyle.

Mattel honored Zendaya for standing up for herself and her culture with a Barbie. The doll got lots of praise, including from rapper Nicki Minaj.

This holiday season will be a perfect testing period to see if the brand's efforts pay off.