Bao Bao The Giant Panda Is Moving To China This Winter 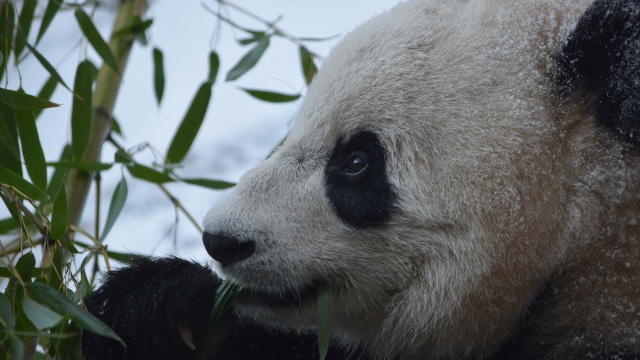 One of the nation's favorite giant pandas is about to make a big move.

Bao Bao, a 3-year-old giant panda at the Smithsonian's National Zoo, will move to China this winter.

Zookeepers are already preparing Bao Bao for the move by acclimating her to the crate she'll travel in. The zoo hasn't released exactly when she'll be moved but notes it will happen in winter because it will be easier to keep Bao Bao comfortable during the cooler months.

She was born at the zoo Aug. 23, 2013. Because of the breeding agreement with the China Wildlife Conservation Association, all cubs born at the zoo must move to China by their fourth birthday.

Once in China, Bao Bao will be under the care of the China Conservation and Research Center for the Giant Panda, and she'll enter its breeding program when she turns 5 or 6 years old.

Because Bei Bei was also born at the zoo, he'll also be moved to China before his fourth birthday on Aug. 22, 2019.

The zoo will plan some special opportunities for the public to say goodbye to Bao Bao before her big move.