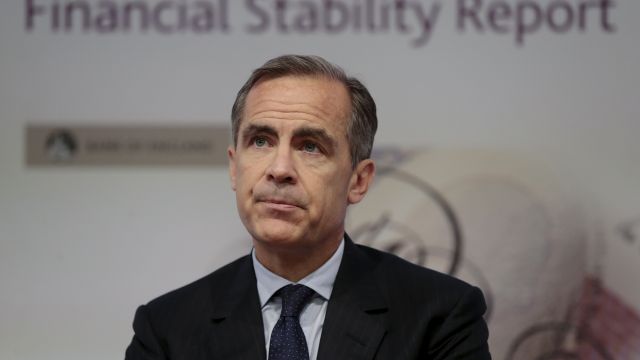 The Bank of England's Gov. Mark Carney wasn't a fan of the Brexit referendum. But now that the U.K. has voted to leave the European Union after all, the bank is doing its best to make the transition as smooth as possible.

Carney announced Thursday the bank has slashed a key interest rate from 0.5 percent to a record-low 0.25 percent. He also unveiled a raft of other stimulus measures, including $131 billion of funding to help commercial banks cut their lending rates.

Those pretty drastic moves are meant to spur lending in the face of severe economic headwinds. Uncertainty over how the U.K. will separate from the EU has severely hit the country's growth prospects; at least one prominent think tank says there's a good chance a recession could hit the U.K. by the end of the year.

Carney is hoping the new stimulus will give people confidence that the Bank of England is ready to take big steps to keep the U.K.'s economy healthy. But the practical effects are a little more uncertain; the pound's value fell on the news.

The bank's strong action has been largely well received, but the U.K.'s ability to weather the Brexit will be largely determined by government policy. And that will remain up in the air until the Chancellor of the Exchequer Philip Hammond delivers his next statement on the economy this fall.

This video includes images from Katie Chan / CC BY SA 3.0 and clips from the European Council and the European Parliament.