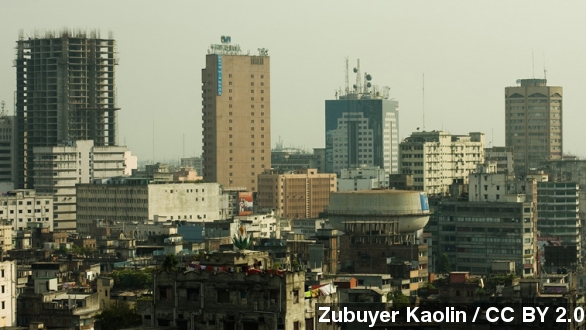 A blogger in Bangladesh was killed in a machete attack Thursday.

Unidentified assailants in the capital city of Dhaka attacked secular writer Avijit Roy and his wife as they left a local book fair.

Roy, a U.S. Citizen living in Bangladesh, was known for his secular writings. The country is more than 90 percent Islam, according to the CIA’s World Factbook.

Police have recovered machetes used in the attack but have no suspects yet. They told the BBC they are investigating local hard-line Islamist groups because they’d praised the killing online.

A writer for The Washington Post says the killing bears similarities to earlier crimes by Islamic extremists.

“11 years ago to the day, another anti-extremist author was attacked at the same location in Dhaka, and extremists killed another atheist blogger in Dhaka in 2013.”

The attack comes amid what the Wall Street Journal describes as a “backdrop of rising political violence.” The outlet reports more than 100 have died in clashes between the Muslim Awami League and the Bangladesh Nationalist Party since the beginning of the year. (Video via Euronews)

Police say Roy’s wife sustained multiple stab wounds in the attack. She is currently recovering in the hospital.