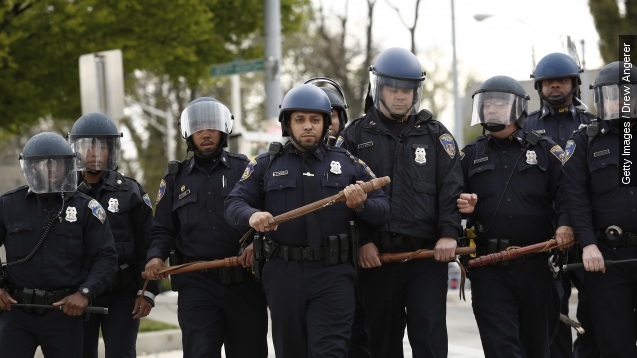 SMS
Baltimore Officials Say Police Psych Screenings Were Rushed
By Kate Grumke
By Kate Grumke
August 6, 2015
The Baltimore Sun reports the company that was supposed to make sure officers were mentally sound may have skimped on the screening process.
SHOW TRANSCRIPT

Baltimore officials are accusing the company that was supposed to evaluate the mental health of Baltimore police officers of rushing through the process.

According to The Baltimore Sun, Psychology Consultants Associated may have let officers serve after as little as 15 minutes of screening. The paper says the city's inspector general and legal departments are investigating PCA, which the city has relied on since 2005.

The city's police department is already facing scrutiny after the death of Freddie Gray in police custody in April sparked outrage. (Video via WMAR)

In May, the Justice Department announced it was opening an investigation into whether the city had a pattern of unconstitutional policing.

And soon after six police officers were indicted in the death of Gray.

PCA has been screening officers since 2005, and the department has hired 1,875 officers in that time, according to The Baltimore Sun.

Officials told the paper the investigation is still in its early stages.