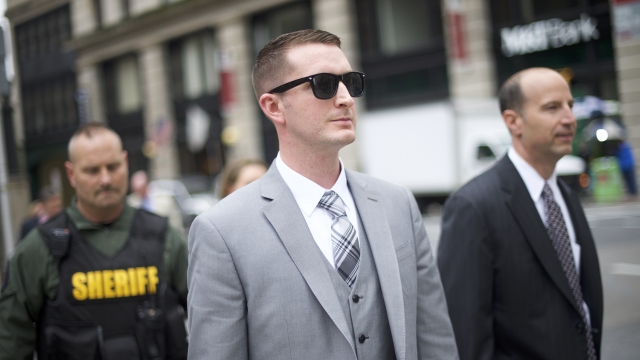 A Maryland judge acquitted an officer of all charges Monday for the role he played in the 2015 arrest and death of Freddie Gray.

Baltimore police officer Edward Nero faced four misdemeanor charges, including second-degree assault, and two counts of misconduct. During the trial, prosecutors said Nero had the right to stop Gray but alleged things went too far when he and other officers manhandled Gray before questioning and frisking him.

Gray suffered a severe spinal cord injury while in police custody and later died from his injuries.

After the decision, Gray family attorney Billy Murphy commended the judge for making a tough decision. He added Gray's family has been looking for a fair process and that's what they got.

Nero is one of six officers charged in Gray's death and the second officer to stand trial. The case against officer William Porter ended in a mistrial in December.

The next trial for an officer involved in Gray's arrest is June 6. Officer Caesar Goodson — the man who drove the police van while Gray was in police custody — faces multiple charges, including second-degree depraved heart murder and two counts of vehicular manslaughter.

This video includes images from Getty Images and clips from WMAR and WJZ-TV.