Baltimore Lifts Its Curfew, So What's Next? 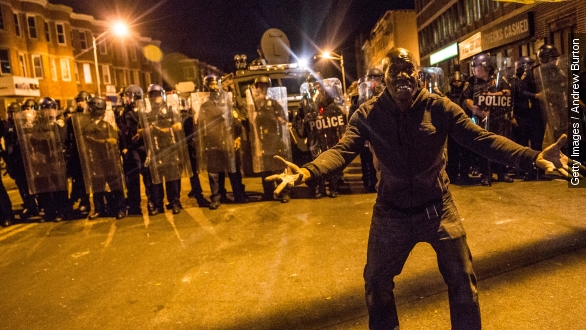 SMS
Baltimore Lifts Its Curfew, So What's Next?
By Ben Lawson
By Ben Lawson
May 3, 2015
The protests have been largely peaceful since the officers involved in Freddie Gray's death were arrested, but the city still has a lot of work to do.
SHOW TRANSCRIPT

After several tumultuous days of protests and sporadic violence, the 10 p.m. curfew in Baltimore has been lifted. But what does that mean for the city?

"Right now I'm very confident. What we have seen over the last few days is not just the resiliency of our city but also our communities coming together. We want to heal our city,"  said Baltimore Mayor Stephanie Rawlings-Blake.

"I heard your call for 'no justice, no peace.' Your peace is sincerely needed as I work to deliver justice on behalf of this young man," said Baltimore State Attorney Marilyn Mosby.

The protests took a more celebratory tone after a state prosecutor announced charges for the six officers involved in Freddie Gray's arrests. But days later, the curfew remained in place, which drew a lot of criticism from activists.

"We are surrounded by people engaged in incredibly important conversations about how we are going to make our city better. ... Those conversations are being cut short because people are forced inside in the absence of any real need for that," said ACLU juvenile justice attorney Sonia Kumar.

Multiple media outlets characterized Saturday's protests as largely peaceful, but several arrests were still made, most of them for curfew violations.

The 3,000 National Guard troops deployed after the governor declared a state of emergency will soon leave the city and so will the nearly 1,000 state troopers and other law enforcement officials called in to help manage the protests.

But Baltimore still has a lot of recovering to do from the violence and looting early last week.

"It's going to take a little while for us to get totally back to normal but I think lifting the curfew is a good idea," said Maryland Governor Larry Hogan.

Maryland Governor Larry Hogan said 200 businesses were destroyed on Monday alone, and many of those lacked insurance.

The curfew also impacted more than a few bottom lines. Many businesses had to close early, resulting in lost wages for workers.

Much of the focus will now shift to the trial proceedings for the six officers charged in the incident, which will take several months.