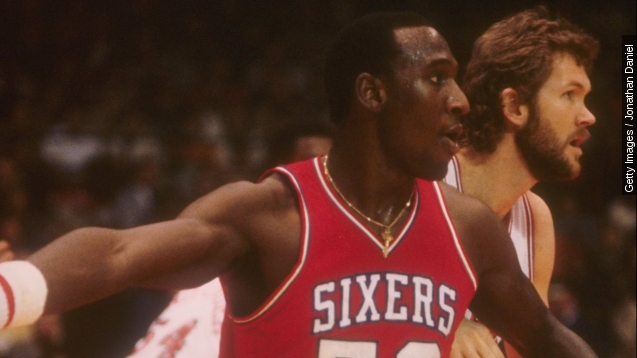 Dawkins was known for many things throughout his playing career, starting with his introduction into professional basketball: In 1975, he became the first player drafted straight out of high school.

His star power grew when he became the first player to shatter a backboard with a dunk, which makes Dawkins part of the reason why the NBA implemented breakaway rims in the '80s. (Video via ESPN / "Sports Science")

Publicly, Dawkins had a personality just as big as his stature. He told TMZ in 2014 how Stevie Wonder gave him the nickname "Chocolate Thunder":

"Stevie got vision like no other person," Dawkins said.

And what he named some of his dunks:

"Oh, you know, the 'Get Outta The Way' ... 'If You Ain't Groovin', You Best Get Movin,' 'Spine-Chiller Supreme,' 'Turbo Sexophonic Delight,'" Dawkins said.

Dawkins played 15 seasons in the NBA before retiring. He leaves behind a wife and four children. (Video via WNYW)