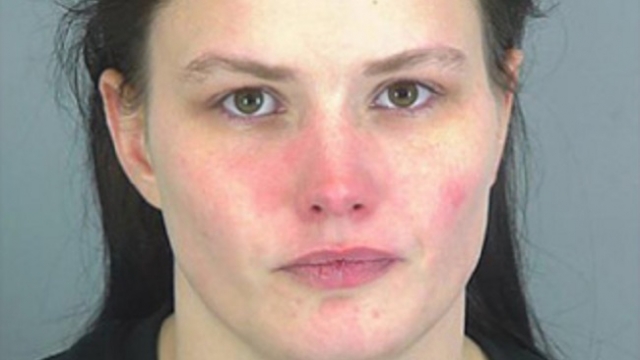 SMS
SC Mother Accused Of Poisoning Baby With Salt, Charged With Homicide
By Briana Koeneman
By Briana Koeneman
August 4, 2016
Kimberly Martines has been charged with homicide by child abuse after feeding her 17-month-old daughter Peyton a teaspoon of salt.
SHOW TRANSCRIPT

A South Carolina mother is in custody after police say she poisoned her baby with a teaspoon of salt.

Authorities say 23-year-old Kimberly Martines poisoned the child in an attempt to reconnect with her husband.

"I just don't believe that she would do something like that to hurt her baby," Martines' sister said.

Prosecutors told local station WSPA that Martines has been charged with homicide by child abuse.

According to the incident report, police were called to Spartanburg Medical Center on Saturday after 17-month-old Peyton was rushed to the hospital while suffering from seizures.

Doctors diagnosed Peyton with acute salt poisoning, and she died at the hospital Wednesday.

Martines told deputies she had given the baby girl a teaspoon of salt "to get her husband back into her life." Officials say the couple is currently separated.

According to the National Capital Poison Center, salt is essential to human health.

But if too much sodium gets in the bloodstream, it can "devastate" the brain, causing seizures, coma and even death.

Salt can be especially harmful for infants, who only need a small amount. Their kidneys can't handle more.

The baby's twin sister and older sibling have been placed in protective custody. Martines was denied bond.

This video includes clips from WNCT and images from the Spartanburg County Sheriff's Office and Dubravko Soric / CC BY 2.0.