Aziz Ansari And His Dad Are Your New Favorite Celebrity Duo 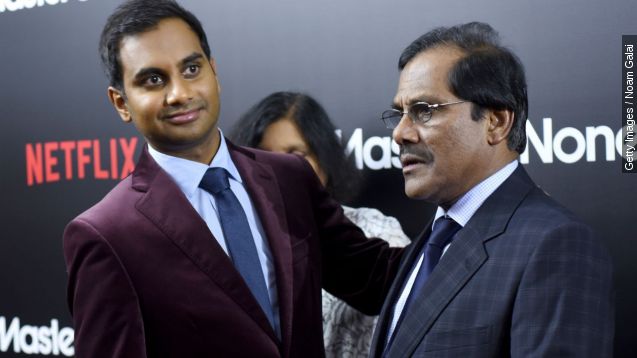 SMS
Aziz Ansari And His Dad Are Your New Favorite Celebrity Duo
By Kaileen Gaul
By Kaileen Gaul
November 11, 2015
If Aziz Ansari's heartfelt Instagram post about his dad doesn't make you call your parents, we don't know what will.
SHOW TRANSCRIPT

Aziz Ansari gave us all of the feels with his precious Instagram tribute to his father.

In the post he wrote about how his dad decided to take a role on his new show "Master of None" so the two could spend more time together.

He wrote, "I almost instantly collapsed into tears at the thought of how much this person cares about me and took care of me and gave me everything to give me the amazing life I have." (Video via Netflix / "Aziz Ansari: Live at Madison Square Garden")

And life imitates art. In one episode of "Master of None," Ansari's character and his friend, who are both first-generation immigrants, take their parents out to dinner to thank them for giving them good lives.

The Netflix show is getting rave reviews, especially for how it portrays race and young adult relationships with their parents.

The father and son duo discussed Aziz's dating habits in real life on "The Late Show."

"We want him to settle down. It is time," Shoukath Ansari said to Stephen Colbert.

Aziz has posted loving things about his parents before. Back in 2014 he posted this photo of his parents meeting Beyoncé and Jay-Z for "Bey Day." He wrote, "Also shout out to my parents who I love very much."