Azerbaijan And Armenia Could Soon Be At War Again 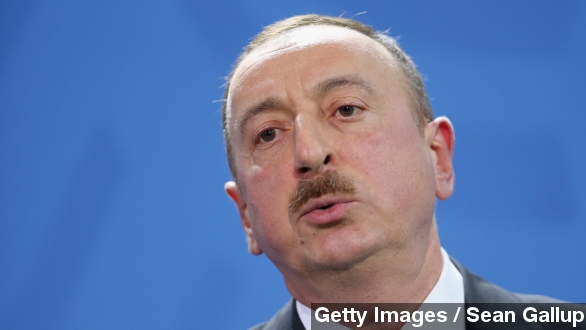 SMS
Azerbaijan And Armenia Could Soon Be At War Again
By Zach Toombs
By Zach Toombs
February 1, 2015
Azerbaijan has an economy seven times that of Armenia, but the nations are deadlocked in disputed territory, where skirmishes could lead to open war.
SHOW TRANSCRIPT

Ukraine isn't the only former Soviet nation facing war. Smaller clashes between Armenia and Azerbaijan could soon mean a return to open battle between the two countries.

Since the fall of the Soviet Union, the region has often seen disputes over land lead to violence, especially in the territory known as Nagorno-Karabakh. That's the area still being fought over today. (Video via SpitakArchGaro1993)

Neighboring Russia has tried to moderate disputes between Armenia and Azerbaijan, despite also supplying both sides with weapons. The past week has seen grenade and mortar attacks from Armenian forces, and Azerbaijan says it's shot down an Armenian drone. (Video via Davit Sofiyan)

The two nations have an unmistakable rivalry that starts at the top of government. Azerbaijan's president, Ilham Aliyev, doesn't just boast about his country's oil riches.

On Twitter, he actively disparages Armenia, calling it powerless and poor and even writing, "It is not worthy of being a servant."

Last week, international mediators from France, Russia and the U.S. demanded an end to the violence. Regional experts say the fighting is as bad now as it's been since a 1994 truce divided up this territory.